I’m a writer now but this is my prologue. I’ve just retired: Thursday was my last day in school. Thirty four years have included teaching in Paris, Dijon, Sheffield, and various London boroughs, moving backwards from adults down to Early Years. Although “trained” (in inverted commas because the training of the time was frankly inadequate and mostly irrelevant) to teach English as an Additional Language, I’ve taught right across the curriculum, from design and technology (badly) to French (well). 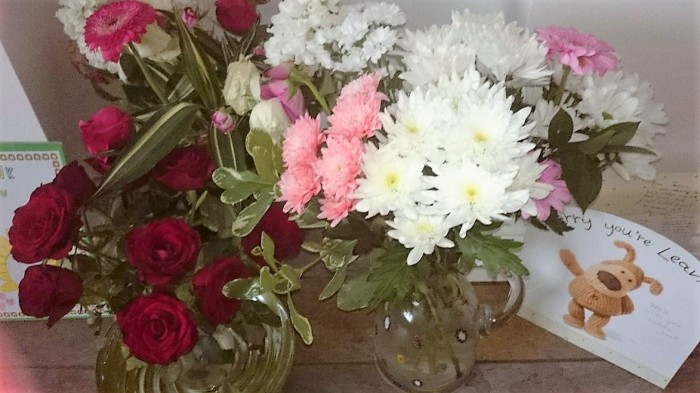 When I started, children with EAL were often taught separately, in a mobile on the playing field, down the road, or in some dilapidated annexe no one else knew existed. In theory, when their English was good enough, they’d “enter the mainstream”. But many staff were less than welcoming and anyway mainstream lessons didn’t stay still for them to catch up, so many never made the transition. Therefore they never saw specialist laboratories or technology rooms, rousing (or not) assemblies or school performances. Quite rightly,  the then Commission for Racial Equality challenged so called “withdrawal”, and an in-class support model developed instead.

Sometimes it worked. EAL pupils were inspired by subject specialist teaching, we differentiated materials and used any means we could to help them access information, they were surrounded by stimulating, varied models of peer and teacher English and many left school with good results. Sometimes it was difficult: one needlework teacher set the whole class to embroider “church kneelers” and from a junior and younger position I had to mediate on behalf of the 90% of the class who were not Christian. Sometimes it was ridiculous. My most embarrassing moment? “Supporting” a newly arrived 14 year old Bengali boy in a Biology lesson on STDs (at a time when I was heavily pregnant). I decided discretion was the better part of teaching that day, chickening out of trying to explain the diagrams of genitalia; his vague, accepting beam suggested he hadn’t really picked up the finer (if any) points of syphilis.

There was very little prescription when I started. For second year (now Year 8) English, the only class set of books I found in the stock cupboard was “The Nigger of the Narcissus” by Joseph Conrad. Historical context notwithstanding, I thought I’d be better off making up my own anthology of materials. The hapless head of English had 25 other random staff to deploy, of varying enthusiasms. One, technically  a geographer but the Geography department had jettisoned her, based all her lessons on dogs. (She liked dogs.) So I wasn’t against the National Curriculum when it arrived. There was still room for interpretation; you could teach didactically or collaboratively or it could be pupil centered or mixed ability or cross curricular or delivered through practical activities, but there was at least some general guidance which was quite welcome after the dogs and Joseph Conrad. But now there is far too much prescription. Teachers are becoming deskilled. They fear using their initiative, developing their own approaches, trusting their own judgement, and that has a narrowing effect on everything. Potential exploration and enjoyment is reduced, creativity  stifled, enquiry and dexterity and empathy discouraged in favour of facts and measurable outcomes. Of course schools should be accountable, but whatever happened to individualised learning? 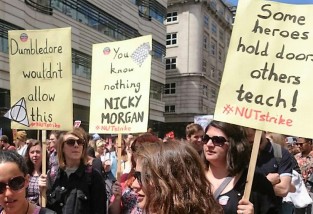 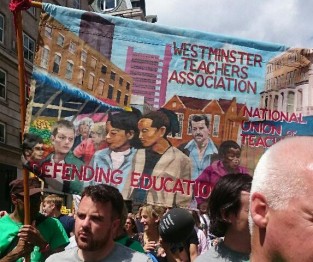 Later I taught infants, and at the same time I taught French and Spanish at evening classes. The government introduced modern foreign languages to primary schools and I delivered training on how to teach it, often to staff who had no modern language qualifications and a deep fear of making fools of themselves. But any kind of teaching, or training, is the same. You find out where someone or a group stands in terms of their knowledge and ability, and you make progress by building on from there.You achieve this through humour, sensitivity, flexibility, and a range of varied activities. Failure shouldn’t be in your vocabulary if you are a teacher, of any age group, in any subject. Instead, you cajole, you encourage, you reframe, you adapt, you repeat, you reinforce, you inspire. It can be emotionally exhausting as you process everyone’s fears and transform them into attainment. I think teachers could often do with the sort of regular debriefing and counselling that therapists get, for it’s not so different from therapy, except with thirty subjects at once. Everyone remembers their best teachers, but why when you tell people what you do, do so many people love recounting stories of the teachers they reduced to tears, the paper darts thrown and lesson objectives derailed? Is it because deep down (or not so deep down) we all want revenge for years of boring assemblies, ugly uniforms, and perhaps patronising treatment? I think that will get worse in future, as ever younger children encounter stress. Teachers and pupils alike are human beings, with good days and bad, flailing about under constantly changing, increasingly idiotic government initiatives and fads, with a scandalously variable quality of management and all in an environment which would give a germ warfare researcher new ideas. The successes teachers achieve in the face of this are akin to those of overworked doctors steering patients through treatment or social workers (the ones we don’t hear about) providing comfort and reducing abuse.

I also remember pupils who didn’t make it. The two brothers with Duchenne’s whose condition deteriorated as they moved up the school and whose mother was one of the strongest people I’ve ever met, the nursery boy killed in a house fire, the 9 year old shot by his own father and the teenager who came off his motorbike. Also A. who died suddenly in her sleep aged six and Y. whose brave, generous parents provided funds for an entertainer for the whole school on what would have been his fifth birthday. There must be others I don’t know about.

I wouldn’t have stayed in it this long if it was all doom and gloom. Thank you, children, teenagers, students and colleagues for your support, your thanks and your warmth. Thank you for your interest in what I had to say; thank you for making it clear when I’d said enough; thank you for your hiccups and your successes and your languages and your cultures. Thank you for showing me parts of society I’d never have encountered and for teaching me more than I taught you – all human life is truly there, in a school, and most human beings do not enjoy the privileged access teachers have. I wasn’t the most patient of teachers, I wasn’t a conscientious marker, I didn’t much like helping with extra curricular activities or going on outings, and I have a bad temper. But even though you were a captive audience you always did me the favour of laughing at my jokes, and that’s one of the best ways to reinforce someone’s ego that I know. Long may the humour and humanity continue in education, for even the current regime can’t, I think, snuff it out completely. 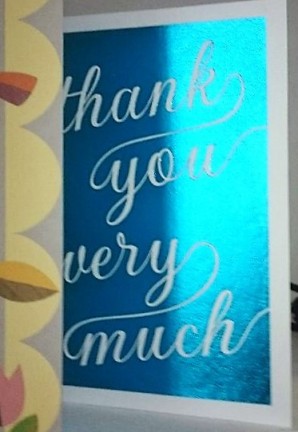 16 thoughts on “All human life is there”