It’s time I said thank you to all the wonderful book bloggers who’ve helped me since The Infinity Pool was published. I’d like to give them a book each, from those I’ve enjoyed this year. They may not be recently published, but ones I only just got around to that many others discovered before me. And they’re only virtual, but hey, it’s the thought that counts! Bloggers, if you don’t like what I’ve chosen for you, why not swap it with one of your colleagues?

I didn’t have my own blog to acknowledge you all on until April of this year, so I’ve gone right back to the start. Seumas Gallacher was the first blogger ever to feature me, back in September 2015, so I’m giving him Paradise by AL Kennedy, because it takes place in Scotland and Ireland among other places, and it’s bitter, black and very funny. It’s also very dark, but I think he can cope with that. Chris Graham, the very generous Story Reading Ape, was also good enough to feature me early on but I think he’d like something lighter. I hope he’ll be entertained by Dress your family in corduroy and denim by David Sedaris. Don’t we all need a wry, incisive, amusing look at American life right now. The Writers Newsletter hasn’t been going long but promoted me early on, and I wish them festive cheer. I think they need to relax after all the hard work so I’ll give them The David Sedaris too. 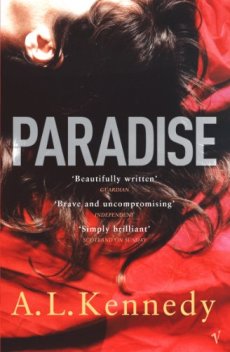 Rachel Gilbey was kind enough to feature me even though as she said, my book wasn’t really in the genre she prefers. So for her I’ve found an earlier novel by Helen Fielding. Before Bridget Jones there was Cause Celeb. It’s a fast paced novel about charity work in Africa, with lessons for us all made easier to digest by Fielding’s light style. Thank you too to Fiona McVie and Elle Field for interviews. I think they may also enjoy Cause Celeb. Portobello Book Blog gave me space to recount my experience of making an audio book and reviewed it! She (for she it is)  likes to sit in a deckchair with a good love story, and also likes contemporary fiction. I hope she won’t find Elizabeth Jane Howard’s Cazalet series too long or too dated? The love stories in it span the phoney war period up to the late 1950s, light easy reads with sudden shafts of cutting wit and truth.

But these are very English books (and yes, Portobello, I know you’re up in Scotland). I’ll need to travel further to thank Trip Fiction for the support they’ve continued to give me, tweeting and commenting. How about Maps for Lost Lovers by Nadeem Aslam? This is set in an unnamed British city and also in Pakistan, and examines the life of ethnic minorities in Britain in a poetic, angry, beautiful story. Pam Lecky  and Mary Yarde like historical fiction, so I’ve delved into the past for The Chateau by William Maxwell. It’s a gentle, sad story of an affluent American couple visiting rural France and Paris just after the war and it’s beautifully written about misunderstandings between old and newer cultures. Not much story, but so stylish. 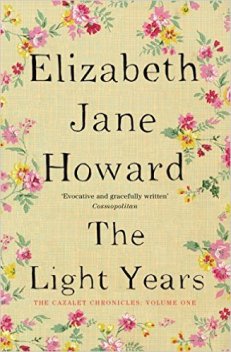 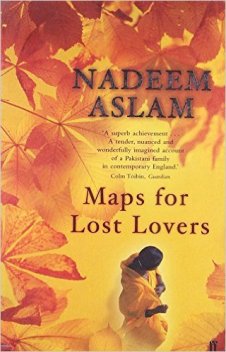 Kristina Stanley over in Canada likes skiing, so that’s easy: I’ll give her Miss Smilla’s Feeling for Snow, already referenced in my last blog post but one. And in Israel there’s Miriam Drori, who let me write for her Letters from Elsewhere series, although I’m afraid the exact link has gone elsewhere too. I think she would appreciate The Gustav Sonata by Rose Tremain, with a child’s view of a Jewish family in Switzerland after the war. I think Terry Tyler, who gave me a lovely review in October, would also appreciate this.

In April I was interviewed for a Guardian Masterclasses blogpost. They have all the books they need, surely, but the staff may be too young to have read Michael Frayn’s classic set in Fleet Street in the days when the newspapers were still published there. It’s called Towards the End of the Morning.

Christina Philippou hosts the BritFic website which I’ve written for occasionally. I think we all need a good dose of contemporary non fiction to inform our stories, so I’m giving her The Good Immigrant (referenced in more detail in my last post). I think Anne Cater who runs the wonderful Book Connectors Facebook group would also appreciate this, as I know she has a fierce social conscience.

Another impressively energetic blogger is Rosie Amber. For her I have Helen Dunmore’s Exposure, because it’s so beautifully written that even if she’s read it already it will be a many layered pleasure to return to. Barbara Copperthwaite put me under interrogation on her crime blog, so I think she should be rewarded with An Officer and a Spy by Robert Harris, about the Dreyfus case in late 19th century France. That deals clearly and excitingly with a crime perpetrated by most of the establishment, and like Dunmore’s, is a model of fast paced, well researched writing.

Sue Shepherd invited me to her online Christmas party where I met lots of other authors, much as I have twice now at the Book Connectors real life parties (hallo as well to Anne Williams, Linda Hill, Anne-John Ligali and Steven Smith). We drank so much champagne chez Sue Shepherd and had such fun that I think she’d like an Invitation to the Waltz by Rosamond Lehmann (see also my post on Virago last month). The only reason I don’t name other helpful Book Connectors is because I haven’t yet met you personally, but I hope that will be rectified in 2017.

It’s not only bloggers but also Facebook groups who have been helpful, so thanks and your pick of the books above also go to Joanne Finney at Good Housekeeping Book Room, Laurence O’Bryan at BooksGoSocial, and Lynne Cobine at Marketing for Creatives, and Yasmin Selena Butt at The Bookshop Cafe.. And others who deserve a mention include Taylor Hartshorn, Julie Proudfoot (all the way from Australia) Anne Hamilton in Scotland, and Emma Mitchell.

Finally, my sincere thanks and good wishes to Sally Cronin at Smorgasbord. She collects posts from all over the world and reblogs them every week, and it has generously opened up a new world of friends (Hi Tina Frisco! Hi Letscutthecrap! Hi Christopher Fischer! Hi to many others especially those who comment and tweet.) Sally, you may have a gift wrapped set of everything!

I really hope I haven’t left any of you out. If I have, do comment below and I’ll wrap something up and post it first class (in a virtual sort of way, of course. I’m getting quite into these mess free blog parties and wrapping free gifting). Otherwise I hope to see you next week for a last minute pre Christmas post (what could it be?) and then I’m taking a week off for New Year.

25 thoughts on “Books for the bloggers in my life”