I do like a book that shatters the rule bound splodge of too much current creative writing advice. I especially like it when it’s by a Professor of Creative Writing (at Nottingham University, where the course doesn’t sound splodgy at all).

The professor is Jon McGregor, whose If Nobody Speaks of Remarkable Things (2002) I admired in my post on beautiful writing. You must devote time and space to his books, so I waited until nearly a year after publication to read Reservoir 13.

The Goodreads reviewer who wrote: “Lovely descriptions of nature are insufficient compensation for an uneventful plot and a slew of forgettable characters” missed the point. There’s a whole village worth of plots, the stories of many families and their members. A creative writing mantra broken: multiple characters, no clear main protagonist. But what’s to stop the reader following and embroidering those that interest her most? Or you could tease out each plot strand horizontally.

I may have been especially drawn in because I once lived on the edge of the Peak District, so nostalgia was an added factor. In descriptive prose like painted brushstrokes, at least sixty familiar seeming  individuals move to the foreground, retreat, are glimpsed in the distance, pass by as we’re engaged with someone else, disappear… Nature is a character too, or several: the badgers who thrive as the book progresses, the vulnerable foxes, the endangered butterflies. Man-made structures take on personality: the locked butcher shop still with chopping boards and knives used by generations of the same family; the footbridge that may collapse or hold in times of flood; the school boiler room where distasteful things occur (or do they?), and even the boiler itself. It’s all enmeshed. (Les Thompson) nodded when people spoke to him, and his handshakes were heavy and warm. The snowdrops were up and the crows flew overhead and the wind moved through the trees. Jane had to keep herself from smiling.

The hook goes behind the clouds, so the reader must find their own motivation. After two chapters, I asked my partner: Does it continue like this right through? Yes, he said, it does, and once I knew that, it was comfortable to ride with it rather than await something different. The book starts with a disturbing incident. A teenage girl has disappeared in the countryside around the Peak District village and reservoirs where her parents have a holiday let. Cue the blurb of every other book on Waterstone’s front table. I yawned. Abducted child, missing girl, sinister holiday… If I’d submitted this – in my dreams! – the editors would have said, “I already have something similar on my list”.

The villagers turn out to search and we hear snippets of their interweaving stories, garnished with the local flora and fauna and changing with the seasons. In the conifers above Reservoir no 5, a buzzard sat warmly on her eggs while the wind pulled through the trees. The narrator goes inside the villagers’ heads and informs us of their back stories, up to a point. Then we’re free to fill in from our own imaginations, should we wish to. The occasional dialogue is embedded, unsignalled by speech marks, within long paragraphs echoing previous paragraphs. POVs swing back and forth. Goodness knows how many rules that breaks. The Show-not-tellers must have hit the tequila by now.

Martin, she said. This has to stop now. I’m not here to be won back. He was shaking his head. I’m telling you, he said, I didn’t send that. There was a softening in his expression. He felt as if he had the upper hand for once. She looked at him and she didn’t know what to believe.

The tequila drinkers had better buy another bottle because so many passages like those above contain words from the list often banned to creative writers. There were/there was/he felt/it seemed/they looked/she understood/he said/they went… Too much distance between the reader and characters, swig, glug. But to me, stretched on my sofa in the muffled quiet of last week’s snow, the banned words provided space to consider setting and characters. Such writing gives time to digest. There was something of the prison yard about him. Paradoxically, understatement goes a long way; space and silence provide proportion. There was weather, and branches from the allotment sycamores flew onto the roof of the Tucker house. I nearly overstated my case by putting the simplest opening clause ever in bold print.

The ragged robin was still in flower, but this isn’t some idyllic dreamtime: farmers can’t sustain a livelihood; arson, theft and alcohol are problems. There’s domestic violence and mental illness among the wheatsheaves and elderflower cordial. The place had been empty now for seven years. There was a dispute to be settled before it could be sold, but no-one seemed to know what it was or who might be involved. Jones went up a ladder and took the branches down.

I was lost in details of lambing and growing courgettes and barely aware of the Show-and-tellers slumped by the empty tequila crate. Already assaulted by banned words, they’d now been subjected to a deluge of passive voice. At the school the lights were seen on early…. The decision was made to pack up…At the heronry the nests were rebuilt.

So there are no cliffhangers, no five or three act structure, no thwarted will or protagonist struggling desperately through an apparently unsurvivable crisis! Yet several stories are told. Each chapter covers a year. The first sentence mentions New Year fireworks; then there’s Shrove Tuesday and the May well dressing (now I understand this local craft, thank you, Professor McGregor). The chapter ends with carol singing and life goes on: births, marriages, divorces, deaths. The narrative weaves through time at the same tempo. Time, calendar events, weather are the stationary, longitudinal warp threads; the characters are the weft, drawn through and inserted over-and-under them, to be kept even or the fabric wouldn’t hold together. I rooted for some, disliked the randy farmer, hoped the wild twins would calm down and longed to lift the spliffs from teenage lips. (You can forget deep POV: the narrator tells us exactly what their parents don’t know they’re doing in that car, in a sympathetic depiction of teenage friendships, uncertainties and mistakes). 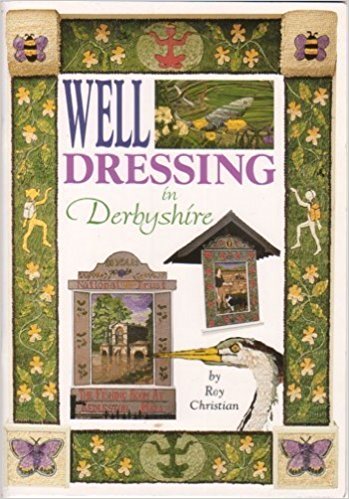 And what of the missing girl, and the thirteenth reservoir? You’d have to read the book to find out, but you may become more interested in those left behind. For more books set in villages, see the Guardian article by Xan Brooks here.

Anyway, hurray for the rule breaker. This is a wonderful book. When he finished, I hope McGregor broke the mould: the last thing we need is a slew of formulaic imitations.

14 thoughts on “Patience rewarded in “Reservoir 13””