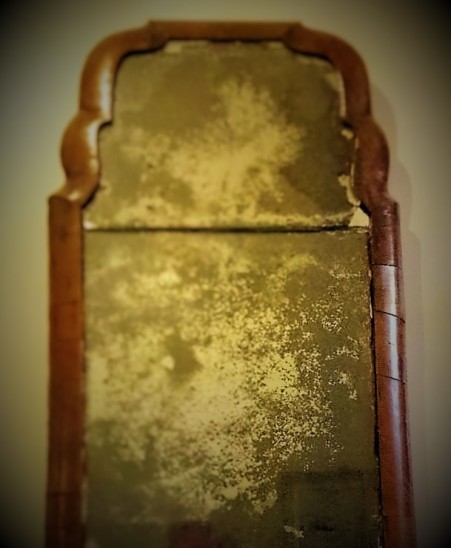 Setting: An imposing Georgian house in the West Country, white stucco fronted and full of curios and family history. The property welcomes many visitors, who come to see both the house and the shrubs – some poisonous – and herb gardens, tennis court, lawns, peach house and fountains. The site slopes down to a river that flows to the sea only a mile away. Half way down there’s an old gun emplacement site with crenellations. A picturesque village nestles in a cleft on the opposite bank of the river. It’s a pleasant sunny day in August, just right for reading in a deckchair – what could possibly go wrong?

Here are the main characters present on or around the site that day. 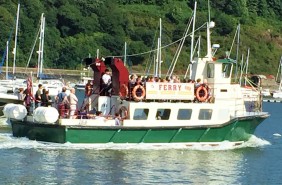 the  village produce: “Red plums, and very good they are too.” Likes a pint of Redemption in the Cherub. Motive? He knows all the smuggling secrets of this stretch of the river.

His son (“Young” Robbit). Rather middle aged to be an apprentice on the ferry run. What ties him to this dead end job? What dark secret keeps him in the area and why won’t his father let him use his phone? Motive: he wants to be the ferry owner himself.

Mrs Swingle, the housekeeper. She’s a fount of knowledge mixed with surmise, gossip and repetition. She’s devoted to the house and its history. She’s a kind and generous old retainer who loves to make jam from the produce of the gardens, which she often gives to people who appreciate her unselfish work to preserve the house. Motive: she thinks disrespectful visitors who try to edge away before she’s finished her anecdotes should be taught a lesson.

Clarice Bell, the piano tuner (or is she?) Strangely unable to play the Steinway in the drawing room. The discordant noises she makes distract anyone entering the room, and eventually drive them away. 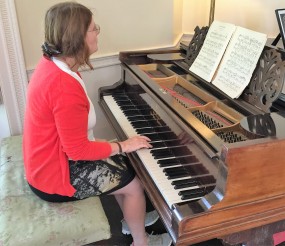 Motive: she envies the fame and financial success of the person who once lived in this house and will stop at nothing to get it, including an attempted takeover of her persona.

Neil Stephens, who sits pretending to read Dostoevsky on his Kindle, but really he’s counting the people in and out of the boathouse on behalf of the Inland Revenue who think the house owners are dodging tax on their income from visitors. His location also means he’s guardian of the dank bath house below, whose slimy steps lead into the dim murk of high tide. (In Georgian times people thought it was a healthy way to take the waters.) Motive: he’s fed up with being interrupted in his reading in what would be an idyllic peaceful spot had the house not been opened to the public. If it gets a reputation for violence and mysterious disappearances maybe people will stop coming. He also needs to account for why one fewer person leaves the boathouse than entered it today.

Marcus Righter, a literary agent. His clients provide him with only a modest income and he’s seeking a bestselling crime novel that would pay for his retirement to the Cornish riviera. He’s trying to write it himself but needs to act out some scenarios before it will come to life for him. Well mannered, quiet, a dark horse. Is currently growing the first beard of his life and seems pleased by how quickly it is disguising his face. Seems to be acquainted with the piano tuner but now you see him, now you don’t….

Gary Leadthighs, lead singer of rock band “The Red Plums”, a Mick Jagger lookalike gone to seed, who practises and performs at the highest amplification possible to combat his worsening tinnitus. He lives this side of the river in the old gate lodge, but spends most of his time in the village opposite. Motive: fed up with having to turn his music down for old fogies wishing to enjoy the quiet of the river.

The ghost – an airman artist billeted in the house during WWII, who painted frescoes around the friezes of the drawing room showing scenes from the war and ending with a pin-up that Mrs Swingle thinks resembles Jane Russell for the troops to ogle. Motive: fed up with having his work described by the housekeeper as a contemporary Pirelli calendar. Worried the owners may paint over his work.

The furniture restorer – or is he?

He quotes 80p a hole for recaning chairs, but has no business card. This seems cheap – is he the right man for the job of restoring priceless antiques or is he just casing the joint? Motive: he ships stolen antiques abroad and thinks he may have been rumbled.

Eva Dorada, a reclusive, beautiful but conflicted young girl – possibly an heiress? She has a phobia of having her photo taken and will not even keep a functional mirror in the house due to her fear of her own appearance. Motive: someone did take her photo and she needs to stop any possibility of it being published.

The visitors who have arrived by car without booking a space to park, and can’t get in. Motive: anger at wasted journey – they came all the way from Minnesota to see the home of their idol.

The story so far: Clarice Bell and Marcus Righter, who may or may not be romantically entwined, arrive on the first ferry as the house opens for the day, before the usual crowds have finished their huge hotel breakfasts. She avoids the entry fee by claiming she’s here to work on the Steinway. They stake out the joint, inside and out, and try the deckchairs. She reads the visitors’ book, he inspects the Mesopotamian artefacts, Mrs Swingle tells them about each room and dusts the piano for Clarice. They wander down past the gun emplacement, where they photograph two Japanese tourists at their request and note the the stand for a cannon, to the boat house, where they chat with Neil Stephens. Events unfold and…

…following the discovery of the body/bodies, the items below all show traces of DNA from the victim(s) and the perpetrator(s): the main entrance boot scraper; a ceramic lobster; an embroidered firescreen, and a collection of cigarette cases.

Detectives have elucidated that an important family heirloom has been removed from the victim’s possession but with the site sealed off, it must still be on the premises. Possible hiding places for incriminating evidence include the grandfather clock, an occasional table with hanging pocket, the lavatory, and a whatnot guarded by  Buddha. 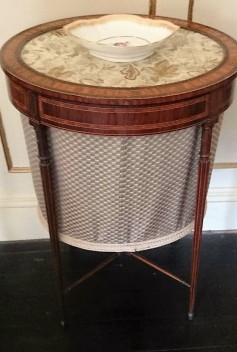 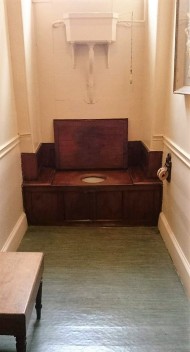 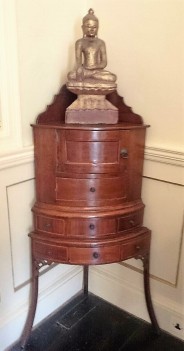 However there are getaway possibilities. The ferry is still sailing despite the detective ordering it to stop. The steam train that runs to the coast is heard to whistle at its regular times. There are a very few cars on the estate, though they often get stuck in a bottleneck on the narrow track leading to the car park. And a fit hiker could march off across the steep forest terrain. 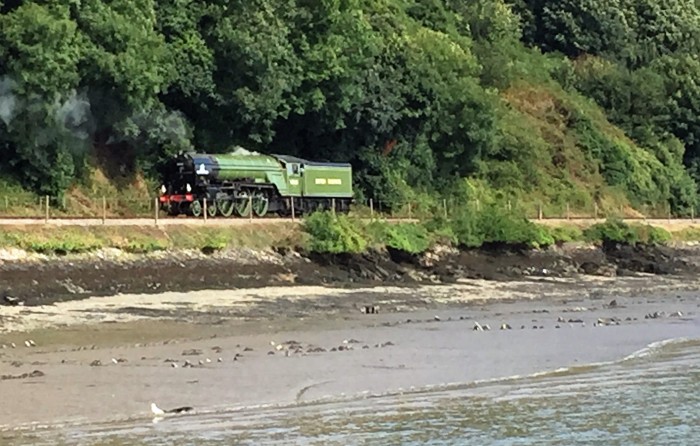 And there we stop! Your comments will inform the conclusion of this story, to be posted next week. Can YOU guess the identity of the victim(s), the murderer(s), and/or the detective(s). What is the nature of the heirloom that has disappeared, and who can identify the real setting? Can you (and I) wait till next Friday to find out….